How I scored a wonderful cura in Konya, Turkey

Hugo Strötbaum is a good friend of us. He is a retired professor Turkish language at Radboud University Nijmegen and is an expert in the recording history of the Eastern Mediterranean in the first half of the last century (Hugo's website). He plays baglamas and buzuki in taverns when he is in Greece and played in Holland with Iordanis Tsomidis (1933-2006) on stage.

One day in June 1986 - during a three months’ trip through Turkey - we ended up in Konya. While strolling through the city we found a small ut and saz maker’s shop, Ersak Saz Yapım Evi, run by usta Salih Ersak.

We were shown around by a colleague of his, İsmail Hakkı Tankal. I tried out a number of sazes that were hanging on the wall. Then my eye fell on a smaller type of saz, a so-called cura. When I tried how it sounded, I immediately fell in love with it.

As I had no previous experience with playing a saz, I asked İsmail Hakkı Tankal if he could demonstrate the instrument, which he immediately did. I was so impressed by his playing that I asked him if he could play some more tunes for me. I had my portable cassette-recorder with me, and this seemed a wonderful opportunity to make recordings on the spot.

The maestro kindly agreed and took us upstairs to a small room over the shop. For half an hour he played his heart out. It turned out that Mr. Tankal was not only a builder of traditional Turkish string instruments but also a very accomplished cura-player. He made the cura sing like a nightingale.
"Bülbül gibi öterdi", as the Turks say…

Although not much of a saz-player myself, I simply had to buy this lovely instrument. Needless to say, my newly acquired cura never sang the way it sang that day in 1986 in Konya...

But here at least are some recordings that show what the instrument sounds like, when in the hands of a top musician…Ellerinize sağlık, sayın usta! 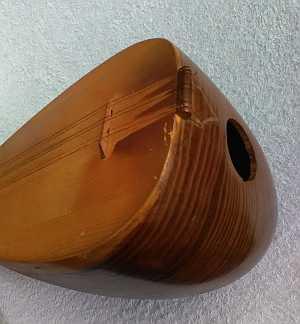 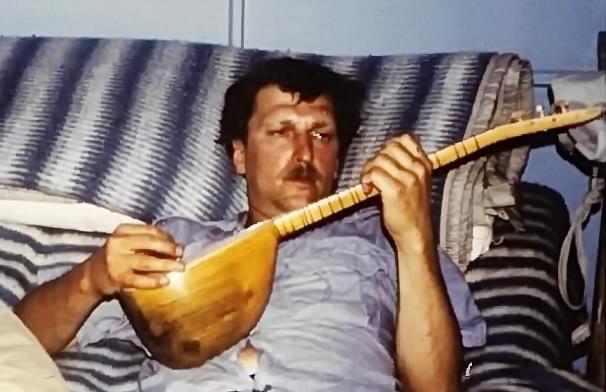 In the hotel with the new cura

These are the recordings we made:

Track 07
HS: Could you play a Zeybek?
Without a moment’s hesitation Mr Tankal launched into a wellknown zeybek, the Tavas Zeybeği, but not without first setting the tone with a nice intro (taksim). A Zeybek is certain martial dance, performed by one single dancer or in pairs.

Track 17
I ask about the tuning of the instrument.

A few details about the recordings