Macedonia was one of the areas that was the longest time under Ottoman occupation and one of the last that was liberated. After the Balkan Wars followed by the First World War the area we now know as Macedonian Republic became part of the Kingdom of SHS in 1918; in 1929 renamed as Kingdom of Yugoslavia. Macedonia was considered Southern Serbia and a strong "Serbanisation" took place during the interbellum. There was no place for a Macedonian identity, therefore there were made no commercial recordings of Macedonian music. Sometimes records, produced in Bulgaria, with a "Macedonian" flavor were smuggled into Macedonia, but this was countered as much as possible by the authorities. The only recordings that exist were made for scientific purposes in Zagreb and Vienna and some field work recordings as were made for instance by Küppers-Sonnenberg in the second half of the thirties.

This changed after the official proclamation of the SFRJ in 1945 when Macedonia became one of the six republics. But there was no technical infrastructure. Radio Skopje started broadcasting as an independent radio station in autumn 1944. Tape recordings started in 1956. 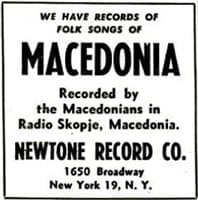 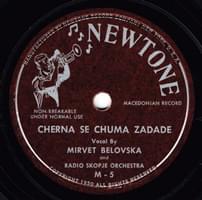 The first recordings with Macedonian music were produced in the USA. There were two companies which issued 78 rpm shellac records: NewTone Records and Sperry Records. From NewTone records we know nothing. The only tangible proof of its existence, besides the records, is an advertisement in Billboard from September 1953. In the advertisement is stated, that the recordings were made in or by radio Skopje. But as said before, tape recording in Radio Skopje only started in 1956. Where and by whom the recordings were made remains an enigma. 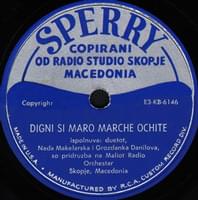 About Sperry records we know somewhat more, but not that much. Sperry Records was the label of Sperry Boge. He was born in the village Leunovo (Mavrovsko) as Spiro Bogojević on April 15th 1907. He arrived as an immigrant in New York in 1923 and settled in Detroit as a cabinetmaker. Why and how he started a record company is unknown. He published about 40 78 rpm records between 1950 and 1953 and later on three LP records. He died in 1975. So far, the history of the company and Sperry himself is unknown. 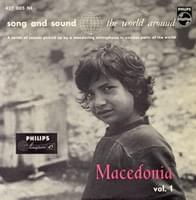 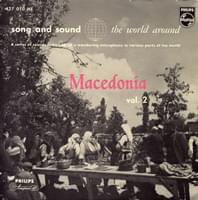 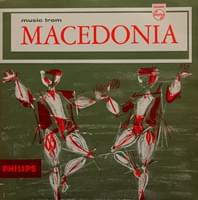 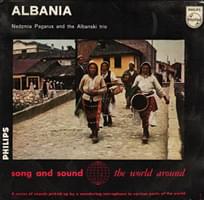 In 1953 Philips issued four records. Three with music of Macedonia (two 17 cm 45 rpm and one 25 cm 33 rpm) and one with music from Albania. The title Albania was not correct for the recordings were made in Macedonia and the singers on that album are the Zajazi brothers, Gonda Manakovska and Nexhmije Pagarusha who all lived in Macedonia and/or Kosovo. The recording location and people involved in this recordings are unknown. The singers on these recordings, besides the Albanian singers, were Aleksandar Sarievski, Mirvet Belovska, Vanja Lazarova and more known singers of that time. One remarkable fact is that the sound of the Philips recordings are quite different from the Newtone/Sperry recordings; the Philips sound is lighter and more vivid. They must have been made at an other location. Given the number of participants, we suppose the recordings must have been made in Macedonia.

In the period 1956 - 1960 some Macedonia oriented records were published by different companies. 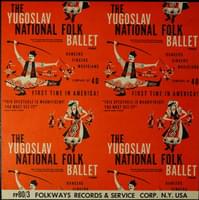 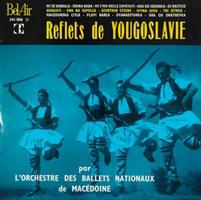 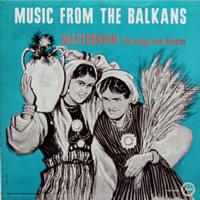 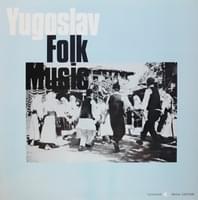 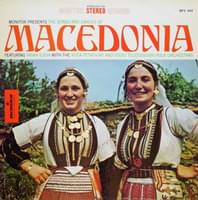 Folkways recorded Tanec during a tour in France in 1955. This record was published during the Tanec tour to the USA in 1956. Bel Air recorded Tanec during their 1959 tour to France and Switzerland. This record was later reissued in the USA by Fiesta Records. Fiesta also published a record with Klime Sadilo with his Ohridskite Trubaduri. Monitor published a lot of records with Yugoslav music which they bought from Jugoton. Lyrichord published a record with one side of Macedonian music, on which traditional (bitov) instruments can be heard. The last three records were produced around 1960. 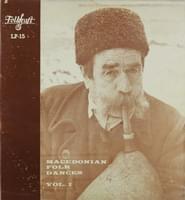 A separate mention deserves Folkraft, for publishing a set of three records with Macedonian folk dances. This production was specially aimed at folk dancers, but the survey of Macedonian instrumental music is impressive.

When tourism to Yugoslavia increased, in the mid sixties, more companies entered the market with compilations of Yugoslav music; not always of the best musical quality. 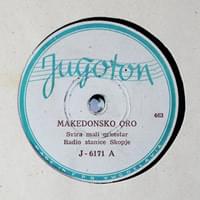 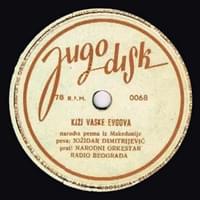 Recording of Macedonian music in former Yugoslavia started in the first half of the fifties. Two companies were involved: Jugoton and Jugodisk. Jugoton was founded in July 1947 in Zagreb. It was based on the nationalized Elektroton label. Jugodisk was originally established as an archiving institution for the Belgrade radio, but also produced commercial records later in the fifties. It changed its name in PGP RTB in 1959 and should not be confused with the later founded Jugodisk, which was a continuation of Beograd Disk in 1981. As the production followed on, and partly overlapped the Newtone and Sperry records, there are main differences in the recording policy of the Yugoslav companies. Newtone and Sperry made not only recordings of the (mali) orchestra of Radio Skopje, but also of the Čalgija orchestra, zurla and tapan, etc. Jugoton only recorded the "mali orkestar" and sometimes the "Sextet of Radio Beograd" (Dušan Radetić). The singers were mostly Macedonian. Jugodisk recorded Macedonian music performed by Serbian singers and orchestra's and sometimes Macedonian singers.

We know how many 78 rpm shellac records with Macedonian folk music were produced by Jugoton from an (incomplete) catalog of Jugoton 1957/1958 (the pages of Bosnia and Montenegro are missing):

As a comparison the number of records from the other republics are given as well. For Jugodisk the estimation is around ten records with Macedonian music.

Jugoton changed it production policy in 1957 and started producing microgroove records (17 cm 45 rpm single and EP records, 25 cm 33 rpm lp records). It also changed it recording policy concerning recorded artists of Macedonian music. Besides the singers already recorded before 1957, new singers were introduced like: Nikola Badev, sisters Mavrovski, Anka Gieva, Trio (later Duo) Svatovi, etc. They also stopped with the radio orchestra of Radio Skopje as a solo and accompaniment orchestra. New orchestras were introduced like that of Koče Petrovski and Stevo Teodosievski. They decreased the production of 78 rpm records and in the 1961 catalog the 78 rpm records are not listed anymore. They also produced more records with Macedonian music then before. In a catalog from the year 1961 there are listed 26 17 cm single, 11 17 cm EP records and 3 LP records.

In 1959, after the name change from Jugodisk in RTB PGP, the company also changed its policy and started production of the same formats as Jugoton and adopted a more market oriented approach. Nevertheless a catalog of RTB from the same year (1961) as the Jugoton catalog lists only one 17 cm EP record with Macedonian music. A real competitive market started from that time on. It was not any longer the monopoly of the two companies, as more competitors entered the market like Diskos, which started production in 1962. Later followed by Beograd Disk (1968), etc. A more open market and a more liberal cultural climate led to an increasing production of Macedonian (and Albanian) music.